We are proud to share the significant events spanning the years from 1880 to present which contributed to the rich history and birth of the Davison Bruce Foundation and which the family (pictured on the upper right) carries on today through their mission and annual grantmaking.

Our founder, Bettie Bruce, reflects on her family heritage and all that she learned from her father, “Papa”, and her mother, “Bigga”: “It all goes back to Papa. I don’t remember him very well (he died when I was 7) but I do recall sitting on his lap and he would sing to me. He was always a happy man. Papa gave us a strong foundation, and Bigga continued that. She had to make wise choices and smart business decisions.” 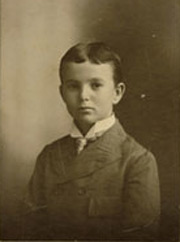 Robert P. Davison was born in Troy, Alabama on May 11, 1889, the son of John Davison and Augusta Park Davison.

A group of men in Delaware who had formed a company known as the International Loan & Trust Company (ILTC), came to Huntsville, Alabama to persuade three men to incorporate a fraternal benefit society under the name of “Heralds of Liberty”.

Certificate of incorporation was issued by S.M. Stewart, probate judge in Madison County, Alabama. This was the beginning of Heralds of Liberty.

The Alabama legislature, by special act, confirmed the incorporation of Heralds of Liberty.

Management changes resulted in a group of men in Philadelphia taking control of ILTC and Heralds of Liberty. 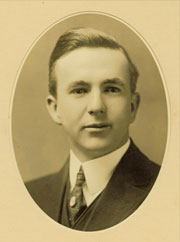 1911 – 1915
Robert P. Davison (Bob) graduated from the University of Alabama with his AB. Around that time, his mother died and his father remarried and moved to Macon, Georgia. Bob moved to Montgomery to live with the parents of Frank Park Samford (his cousin and eventual business partner). He later returned to the University of Alabama, received his law degree in 1915, and joined the law firm of Ball and Samford in Montgomery.

1917 – 1919
When the United States entered WWI, Robert Davison (Bob) gave up his law practice and entered the first officers training camp at Fort McPherson, Georgia. Prior to going overseas, Bob was married to Miss Rosalind Rush of Greensboro, Alabama. Rosalind’s father was the president of the old Southern University in Greensboro, and they were married in the President’s home on August 27, 1917.

Bob served in the U.S. Army in France during WWI from 1917 to 1919. When he returned from the war, he was sent to the base hospital in Atlanta to undergo minor surgery. Shortly thereafter, in the fall of 1919, Bob succeeded Frank Samford as Deputy Insurance Commissioner of Alabama. 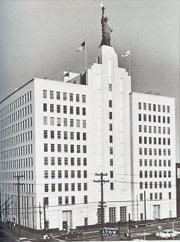 Bob Davison was asked to undertake an examination of the financially troubled Heralds of Liberty, a Fraternal Benefit Society located in Philadelphia. He eventually took charge of the troubled enterprise in June 1921 when the management was removed by the Alabama Department of Insurance.

Under the leadership of Robert Davison as Supreme Commander and Frank Samford as Supreme Recorder, the Heralds of Liberty embarked on a period of rehabilitation and recovery.

The Heralds of Liberty slowly recovered and was renamed Liberty Life Assurance Society in 1925.

Robert and Rosalind Davison had their third child, Elizabeth Rush Davison, on March 23, 1927 in Philadelphia.

The headquarters were moved from Philadelphia to Birmingham in 1927, and the organization was converted to a legal reserve stock company in 1929. The name of the company became Liberty National Life Insurance Company. 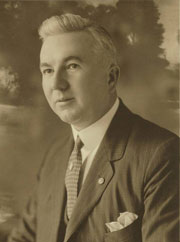 Frank Park Samford succeeded Mr. Davison as president and served in that capacity from 1934 to 1960.

Robert P. Davison’s contributions to Liberty National were twofold. The first was a realization that the insolvent small fraternal company could become a significant life insurance organization. The second was doing the planning and ground work that gave the subsequent growth of the company its foundation. 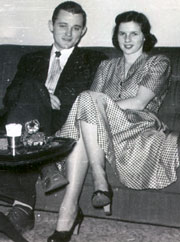 Elizabeth Rush Davison (Bettie) was the youngest child of Robert P. Davison and Rosalind Rush Davison, sister of Robert and Rosalind. The family lived in Philadelphia and then Birmingham, Alabama. After the untimely death of her father in 1934, Bettie’s family moved to Opelika, Alabama where she attended primary and secondary school. She enrolled in Agnes Scott College and after graduation was married on March 21, 1949.

Bettie’s husband, James Frederick Bruce, also of Opelika, was her childhood sweetheart. They lived in Durham, North Carolina until 1950 when Jim completed medical school at Duke University. Upon Jim’s graduation, the couple moved to Birmingham, AL where their first child was born. They spent one year in Montgomery before moving back to Opelika where Jim joined his father, Byron Bruce, in a medical practice at Lee County Hospital, established by his great uncle, Dr. Homer Bruce. Jim went on to become one of the first doctors to practice at Lee County Hospital’s successor, East Alabama Medical Center, which was built in 1952 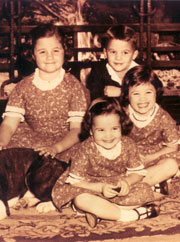 Bettie and Jim raised five children in Opelika. The first four – Lind, Jim, Ashley, and Mimi, were each two years apart. Jim’s grandmother would tell Bettie that every time she saw her at a party during the 1950’s, she noticed that she was wearing a “hatching jacket!”

Liberty National Life Insurance Company continued to operate under the leadership of Frank P. Samford. Desiring a symbol to help people remember the name of the company, a one-fifth size replica of the Statue of Liberty was placed atop the Liberty National building in downtown Birmingham in 1958. It remained there for the next 30 years before being moved to its current location in Liberty Park on the southern outskirts of Birmingham. 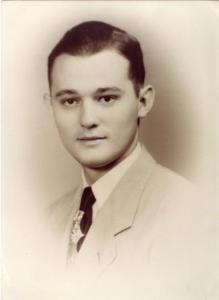 In 1965, the Bruce family was surprised with the birth of their youngest daughter, Carolyn. Bettie was a full time mother and Jim was a busy physician until kidney failure necessitated home dialysis in 1968, which continued for 10 years. Jim became the first home kidney dialysis patient in the state of Alabama in 1968.

In order to learn to operate the home-based dialysis machine, Bettie and Jim moved to Birmingham during the weekdays while Bettie’s mother, “Bigga,” stayed in Opelika with the five children. The Bruce Children were ages 3, 12, 14, 16, and 18 during this time. 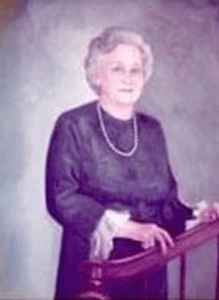 On October 21st, 1976, the Charles Andrew Rush Leaning Center was dedicated. The beautiful building is located in the center of the campus of Birmingham Southern College in Birmingham, Alabama.

This had long been a dream of Rosalind Rush Davison, daughter of Charles Andrew Rush. She served on Birmingham Southern College Board of Directors for many years and was a member of its library committee. She attended many meetings and visited many libraries in the preliminary planning for Rush Learning Center. Her portrait, which was unveiled at the dedication, now hangs in the lobby of this building.

Rosalind continued to live in Opelika and enjoyed her time with 13 grandchildren who called her “Bigga.” She remained very active in her church and various organizations until her death in April 1973.

Jim continued to be active in medicine by establishing an acupuncture clinic in Opelika until shortly before his death in June 1978. 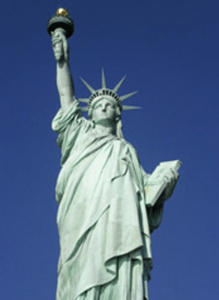 Liberty National flourished over its long history and after many acquisitions became Torchmark Corporation in the 1980s. 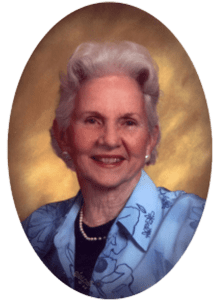 Bettie Bruce continued to live in the Lee County area where she was very active in her local church and helped to raise 13 grandchildren and 4 great-grandchildren. She was a gracious and generous supporter of many charitable groups and individuals through the years.

In 2005, Bettie established the Davison Bruce Foundation. The mission of the Foundation is to continue the tradition started by Bettie to provide financial support to worthy charitable organizations and to ensure the ongoing involvement of her children and future generations of her family in her philanthropic ideals.

Sadly, on September 14, 2011 at the age of 84, Ms. Bettie passed away in Opelika, AL. With a sweet and generous spirit, she lived her faith and loved in full, and her legacy will continue through her family and the Davison Bruce Foundation.

“When Homes of Hope for Children was just a vision, the Davison Bruce Foundation took a chance and believed in our mission…”

“[Bettie Bruce] truly believed in our cause to raise up effective young men and women to become Christ ministers and spread the good news of Jesus Christ.”